I’m a man with many ideas.  Some of them are more practical than others.

One idea I had recently was a line of greeting cards where every message, happy or sad, was followed by the phrase “ya jackass” or “ya big idiot.”  Because the juxtaposition of emotions is, of course, wildly funny.

“Condolences on your Family’s Loss, Ya Big Idiot.”

I’ll let the reader judge the value inherent in that concept.

Another idea I had was for a brewery to open here in Syracuse where I live, only, instead of being downtown, where parking is at a premium, and requiring more driving time to get to, instead, that brewery would open in the northern suburbs, perhaps even adjacent to one of my regular running routes, and serve up all kinds of delicious local beers.

Well, lo and behold, this second idea has come to pass!  In the form of the brand new Buried Acorn Brewery and tap room.  The tap room features “16 draft lines pouring Barrel-Aged mixed-fermentation sour Ales, classic and long-forgotten Farmhouse styles, as well as some monogamous hopped up offerings.”

Open since July 13th, I meandered down to the new joint after work and after a humid four mile run, thirst buds locked and loaded for a sudsy replenishment.   The initial beers available at the time (a few more have since been added) is shown below.

I decided to start my de-thirsting by ordering a pint of the Oatmeal Stout.  They have both a regular and Nitro-charged version on tap; I went with the regular only because I failed to notice the Nitro until after my order was in.

The bartender was prompt and friendly and, of course, I love her!  She gave me this!  (Reasonably priced $5.50 pints, by the way, not too much of a crotch kick to the wallet…)

I think of it as a “breakfast beer.”  Not that I’m drinking beer with my breakfast, I mean, I have things to do!  However, on nights where my family and I are having the ever popular “breakfast dinner,” scrambled eggs, pancakes, bacon, etc., then the oatmeal stout is a winning choice.

This particular oatmeal stout (5.5% ABV, 23 IBU) is excellent.  Rich and creamy and cold and frothy.  It also contains, ITBMCBB*, “notes of chocolate and coffee,” though, I mostly just taste the deliciousness.   If it were any more oatmealy, I’d be topping this with maple syrup and a pat of butter. 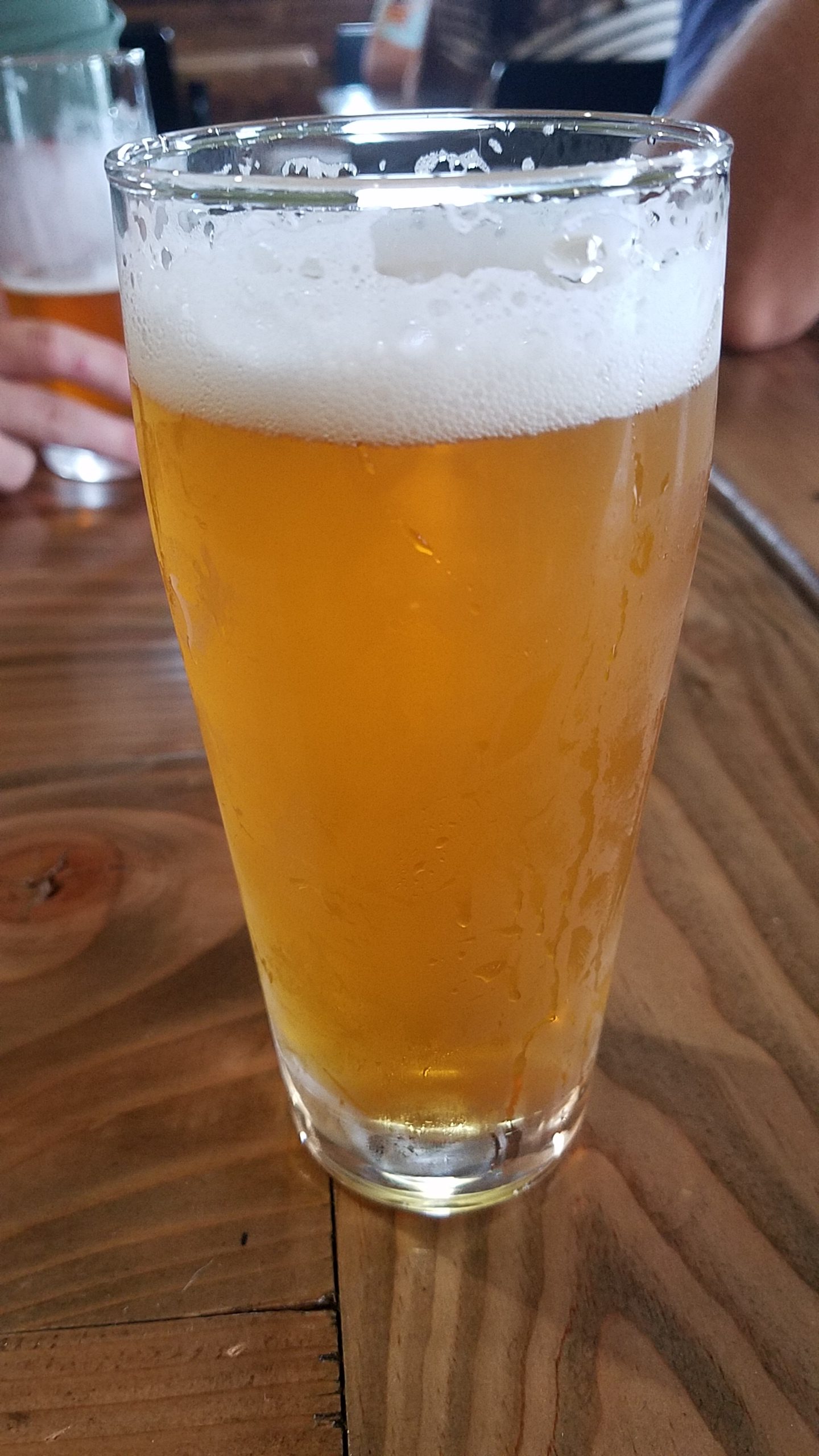 It’s a golden, delightful treat, much like a Disney princess’ hair.  This particular IPA is described by the Buried Acorn site itself as being full of  “soft bitterness with ripe tropical fruit on the nose and a crisp dry finish. Crafted with NY State grown hops and barley while employing revolving hop editions from around the world.”  Doesn’t that sound pleasant?

To me, and perhaps this is why I’m not writing copy for breweries full time, the IPA tastes like “what it must taste like if a mythical dragon pee’d a rejuvenative cold mythical magic dragon pee drink into a pint glass.”

The bar is also hosting other local brewery products on some of their 16 taps.

I am likely to try the Critz Farms Pig City Porter on my next visit, as I’ve had that one in cans before but not in draft, and know it to be a treat as well.

The Buried Acorn is also now selling cans of some of their beers, to go, as well as growlers.  I’ve not ever purchased a growler of beer in my life but those branded ones are pretty slick.

The tap room itself is also a very pleasant joint in which to sit down and beer up.  They have bar and table seating, and board games, and the service was prompt despite there being a good sized weekday crowd present.

And the chairs have a delightful “assfeel” to them.

I’m looking forward to returning to the Buried Acorn and sampling some of their newer choices (the Ghoster Blanc and Hot Whip were not ready at the time of my initial visit, but now show on the company’s web site).

So, come bury your liver at the Buried Acorn.  I’ll meet you there.